Keelin isn’t the electronic-music enthused student we typically have attending School of Electronic Music, but flies the flag for folk and acoustic music.

She studied the Music Production and Audio Engineering Diploma with us last year, before going on to study Music at Newcastle University. Shortly after her studies with us, she went on to collaborate with none other than the legendary Vini Reilly of Durutti Column, post-punk Manchester band formed in 1978 – co-writing 4 tracks which are being released on the Chronicle XL double album.

Keelin, thanks for taking the time to talk. Let’s talk about Durutti Column; how did the collaboration come about?

My Dad DJs in a cafe/bar in West Didsbury called Folk where Vini Reilly from The Durutti Column was hanging out. Vini mentioned to the owner Justin that he was looking for a singer to finish some songs on his latest album [Chronicle XL]. As my Dad often raves about me and my music to Justin, he put me in touch with Vini. I remember meeting him just over a year ago – the day before I went to Glastonbury Festival – it was all very rushed and exciting, we got on really well from the start and that’s where it all began.

Can you talk us through the tracks on the album you worked on, what were the highlights of the recording process?

I collaborated with Vini on the first four tracks on the second disc of the album, Chronicle XL [Kooky Records].We started with a song that Vini had written prior to his strokes called ‘Misery’. He had the guitar part already recorded almost three years ago if I remember rightly. There are remnants of a Vini vocal at the end of the track but he wanted me to sing the rest of the song and finish it off. I’d heard a demo of the song so I felt like I knew what I was doing when we got recording, however it was very nerve wracking as I’d never done anything like it before. Luckily my experience at the MIDI School meant I wasn’t overwhelmed by the process and technology.

‘Follow’ is a song I co-wrote with Vini. Keir Stewart, the owner of Inch Studios was looking through my Soundcloud and liked the short little song recorded on my laptop mic. The three of us developed the piece adding guitar and glossy effects over the top of my singing and piano playing.

‘Free From All The Chaos’ is a special song to me. Vini and Keir had the instrumental glitchy piano piece already written. I wrote the words and just went for it singing over the top of it. Structurally it is a very loose and free song which I’d say is reflected in the lyrics. It’s about the beautiful Fletcher Moss park near where I live and there are lots of references of memories and things I love about the park such as Rory’s bench and the poplar trees.

Finally, ‘Electrostatic’ was a bit of a jam. I had so much fun recording that song. We worked out a few simple lyrics and I improvised over the top of this dreamy, bohemian song. The recording process was a great experience. I really get on with Vini and Keir and we share similar music tastes so everyone gelled and bounced ideas off each other. Most of the time it seemed quite effortless because we all enjoyed what we were doing and let the music take over.

How much did you know about music production prior to the course?

Music took over my life a while ago! I’ve been playing piano since I was 7 years old and I’ve always enjoyed singing, listening to music, going to gigs and writing songs. My knowledge in music production was very limited before starting my Music Production and Audio Engineering Diploma at School. I used to record my songs on my phone or laptop mic with Audacity (a free program) to edit. I recently culled it but the songs on my Soundcloud demonstrated how much I was coming on with music production as I undertook the course the quality of recordings and production became much better.

You’re studying Music at University now, how is it, and how are you finding the transition?

I am enjoying studying Music at Newcastle University. My lectures and colleagues are so inspiring and encouraging. The first year of the course is really diverse, it gave us a taster into lots of different topics from music history to world music to composing, performing and theory. I have picked my own modules next year and am doing mostly composition based ones although I have discovered that I am really interested in Ethnomusicology. I am also taking a module off the Folk degree in songwriting which I am really excited for.

The skills I have learnt at School of Electronic Music have really helped me with my course so far and I have done some recordings at my uni facilities and can talk quite knowledgeably to the technicians who I have also collaborated with on a couple of tracks.

Can you summarise for us how you found the Music Production and Audio Engineering Diploma?

Manchester School of Electronic Music gave me the opportunity to use equipment and software I may not have otherwise discovered; the course opened my eyes so much and made me really enthused to make more music and learn production techniques. Although I like to experiment I would consider myself more of an acoustic musician than an electronic musician but SEM provided me with the tools to develop my style and branch out to other genres, and has resulted in collaborations with electronic musicians using modern technologies.

I learnt so much on the course, and it’s given me a lot of confidence in composing and arranging my music. Using music production software makes it easy to re-structure songs and layer parts – creativity is endless with the options that programs like Logic Pro give you.

Even if you don’t plan on producing your own music, it’s great to have a background knowledge and be able to talk about techniques and effects with a producer as I have experienced.

Gigging – you’ve been doing a lot of it, ace! Talk us through that, any really good bits so far?

I love gigging, the build up, the performing and the aftermath – it’s all such a good feeling. 3 years ago I would never have dreamed of getting up on a stage and singing infront of people but my experiences at SEM and recording with The Durutti Column have all helped me. I played my first festival yesterday [Blackthorn Music Festival], it was so exciting, I had my name on a sign post and everything!

I dream of travelling with music, touring, or busking going place to place. Music is such a great way of meeting people and it brings people together. I’ve had a great time gigging so far. I’ve played in Manchester, Durham and Newcastle and I’d just like to keep going and see more places and be inspired.

Have you got any plans for developing your live show?

I do have plans for developing my live show, especially my stage presence. It’s funny because I’m not really a shy person, I enjoy talking to people but when I get on stage my brain goes to mush and I find it hard to talk between my songs. I really admire musicians who engage their audience and interact. It’s not about being a comedian but I just find it really personable, it’s nice to get a sense of an artists character and where they’re coming from.

So far when I gig, it’s just me and a keyboard on stage but I’m hoping to be recording this summer with Gondwana Records and will possibly put a bit of a band together and have some company on stage!

Any future dates coming up?

I’ve got a few gigs in Manchester planned for summer. I’ve just played Night’n’Day, and coming up I’ve got a vintage fair on the 14th August, Oxjam and I’m supporting Pink Mountaintops on the 30th at The Roadhouse.

I have a facebook page and my sound cloud page.

I also recently did a radio session with AllFM just the other week… You can listen to it here, I play 4 songs live, talk about the music that I love and chat to Vicky who’s a lovely host and old friend of the family. 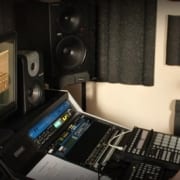 Jade Parker and a Summer of Festival Work Experience

Interview with Oliver Squirrell of SoundShoots 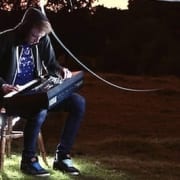 Which Music Production Software Should I Buy? 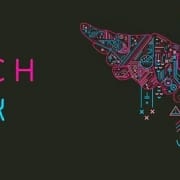 How to make ‘Jack’ by Breach
15 Ways To Get Your Music Played On The Radio: Part Two.

GCSE Results Day 2014: How To Manage Stress After Your Exam Results
Scroll to top