Come Join Us At The Next Native Instruments Meetup

Our Native Meetup events provide a space for the local music community to share knowledge, connect, collaborate and learn about the ways you can incorporate Native Instruments technology into your methods of music production and performance. 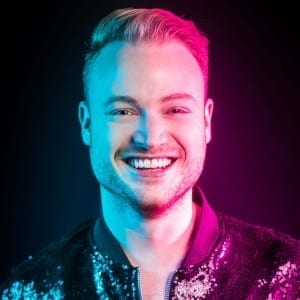 Originally from London, James is a Club DJ and Radio Presenter who’s held residencies for the iconic Gatecrasher and O2 Academy Music venues, as well as some of the most renowned Gay clubs in the country. James has mixed on a variety of different platforms and hardware setups – but for the past 8 years, James has DJ’d exclusively on Native Instruments’ Traktor, due to its nature as a one-stop-shop solution for Library Management, Commercial-grade internal mixing, and its flawless Mix Recorder. As a result, James can offer informed, honest comparisons for those who might be familiar with DJing, but not necessarily Traktor.
More recently, James has branched out into production and remixing, having taken the plunge and invested in Native Instruments’ Maschine and Komplete Kontrol. His remixes and bootlegs are often debuted on his international radio show, Hot Right Now, and despite being more of a personal interest than a commercial venture, they have been picked up by radio stations in the UK, US, and throughout Europe. 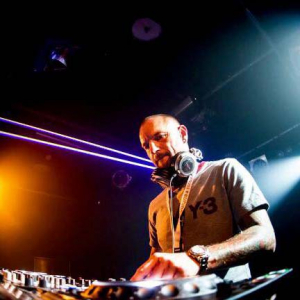 Throughout his 25 years as both a producer and DJ, Paul King has been responsible for anthem after anthem, and floor filler after floor filler.
From his early releases such as “Elevate” on Jump Wax and “Kick it in” on TDV, right through to the more recent “What ya got” on Vicious and “Turn it up” on Toolbox, Paul’s productions have always been in a league of their own. To say Paul had his own style just wouldn’t be fitting enough, as he created a whole new sound that has now been loved by hard house fans for well over a decade.
It was in the 90’s that Paul first burst onto the scene and was immediately taken under the wing of the late Tony de Vit, who instantly branded Paul “one to watch” for his fresh and innovative productions. With the support of Tony and every other influential Hard House DJ on the circuit, Paul soon became a regular name on the two record labels that were THE labels to be seen on, Tripoli and Tidy Trax. On Tripoli he gave us his F1 productions and on Tidy he delivered his fiercer than fierce Trauma releases… It was under these production names that Paul dominated the scene and became an inspiration to many.
His discography reads like an A to Z hard house bible, with remixes and releases on almost every major label… these include the already mentioned Tidy, Tripoli, Toolbox and Vicious, along with labels old and new such as Trade, Deprivation, Knuckleheadz, Polydor, Virgin, Ghettoblaster, Positiva, TEC, Solid State, Flashpoint and Chug N Bump to name just a few. 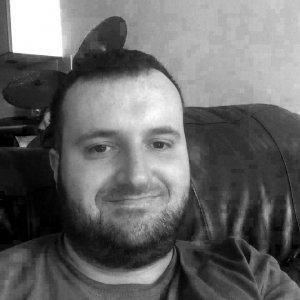 Hi my name is Craig. I was one of the original NI core team members for NI meetup and helped it grow and expand into other cities as part of the team working with the UK/Berlin Head Office.

I am absolutely ecstatic that meetups is now running in Manchester, where I have lived and worked in the audio industry the last 10 years. I did a degree in Sound Engineering and Design achieving a 2:1 and have been working all around the industry, predominantly in live sound reinforcement, radio and DSP engineering projects, based around the city but also London and nationwide.

I came up with the idea for Native Playback and it went down an absolute storm in London which blew me away and is extremely popular every time, I am hoping to extend this to Manchester. You will be given the opportunity to consult your peers and listen to your track on a great sound system in a treated professional studio room, also with a Subpac attached.

I believe strongly that music is for all no matter experience or perceived ability, we all have something to contribute and express, my intention is to provide a platform. In association with NI the session will now be shared on the Metapop website which is a huge worldwide community of producers and on the official NI playback SoundCloud page. Your mix could be exposed to labels and world renowned DJ’s who also use the platform, sometimes under an alias, so it always pays to be nice 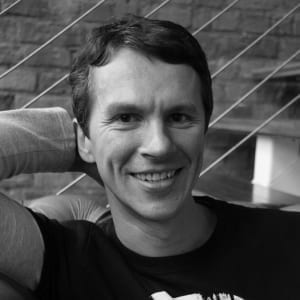 Ian Stewart is a Record Producer and Engineer from the South West of England.  In 2002 after lecturing at The School of Sound Recording he set up Blueprint Studios in Salford with Tim Thomas.  Since then he has gone on to work with Justin Timberlake, Elbow, The Streets and Trey Songz to name a few.

Ians interest in making music came from Djing in the late 90s.  He still has a strong passion for electronic music in all it’s forms but has since recorded 100s of bands and artists in many genres.  Having the world class facilities at Blueprint has allowed him to integrate live and electronic elements into his mixes.  Most notably using NI Maschine and Komplete to add extra impact to the tracks he’s working on when the opportunity arises.

Ian is passionate about making music and is very approachable and easy to get on with.  He very much believes in getting the ground work done before any band or artist signs up to work with him to ensure that everyones expectations are aligned.  This ensures (as much as can be!) that when the time comes to record everyone gels and ultimately make the best sounding record that people buzz about.

10 Twitter Tips For Musicians and DJs
Scroll to top